International Organization for Standardization is the full form of ISO. It is to be noted that the term “ISO” is evaluated from the Greek word “isos” which means “equal”.

It sets the international standard containing representative from different standard organization at national level. ISO checks all the system of management, manufacturing process, service, or documentation procedure that are essential to standardize and assurance of quality.

ISO is an independent, non-governmental, international organization that always make development to make sure the various parameters such as quality, safety, products’ efficiency, services and systems.

They prepare guidelines and standards of various business and publish their technical reports. This organization make promotion at international level of their proprietary, industrial and commercial standards.

Presently, number of standards is around 19500 that the ISO has published which controls each and every industry, technology, food safety, agriculture and healthcare with 165 country members.

Around 1920s, ISO was started with the name of ISA (International Association of National Standardizing Associations) but in 1942, at the time of world war II, it was discontinued.

Just after the war, in 1947, with the delegation of 25 countries at the Institute of Civil Engineers in London determine to set up an organization at international level that makes international coordination and unification of various industries’ standardization easy.

In 1947, in the month of February, officially announced for the establishment of ISO and started its operation. Their main aim is to deliver products to the consumers with top quality.

Benefits of the ISO Certification

Till now, ISO has published around 22,000 standards with their related documents. Below, we have mention some popular standard such as:

This is a number written after the ISO mark. The term “ISO 9000” indicates the family of quality management. It is considered that the quality of ISO 9001 is the highest standards and follows the quality management principle during production. Through this certification, customers become more satisfied and reliable to the service provider or organization.

Ans: The full form of ISO is International Organization for Standardization.

Q2. How much I have to pay for ISO certification?

Q3. When was the ISO established?

Q4. What are the official languages of ISO?

Ans: English, French and Russian are the official languages of ISO.

Q5. Where is the headquarter of ISO?

Ans: The headquarter of ISO is situated in Geneva, Switzerland.

Ans: ISO 14000 that the guidance is provided for environment management by ISO to the specific organization. 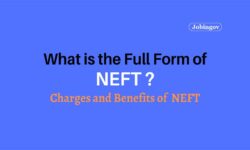 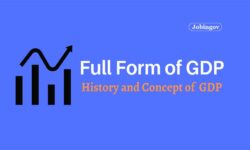