Unemployment in India: When a person is skilled, willing to work and is in the working age (15 – 65 years), though he is not getting any job, then the situation is termed as Unemployment.

NSSO is an organization which is under MoSPI (Ministry of Statistics and Program Implementation) do measure unemployment in India on three estimates. These are:

(A) Current Daily Status Unemployment: In this type, a person is unemployed for a day or more while conducting survey. If any person who did not get any work for at least one hour in a day is known as unemployed on that day.

(B) Current Weekly Status Unemployment: This shows the record of that kind of person who didn’t get any work for an hour while doing survey.

Also Read: What is GDP?

Types of Unemployment in India

Generally, in India there are several types of unemployment. All are discussed below:

When a mismatch of vacancies and the worker’s skills arises then this type of unemployment is referred to as structural unemployment. Due to lack of infrastructure people do not get training as required and they unable to get jobs.

World Bank conducted survey in 2016, which showed 69% jobs is threatened by automation every year in India.

Due to recession this type of unemployment arises in the economy. The level of economic activity is reduced and less number of man-power is required which causes cyclic unemployment.

In developed countries this type of unemployment is prevalent and is negligible in India. It is also known as Keynesian Unemployment.

When for a short span of time, people are unemployed to join another job or switch to other job is known as Frictional Unemployment. also called search unemployment. It is considered as voluntary unemployment as people quit their jobs at their will to get a better job opportunity.

Reason of Unemployment in India

In any nation, unemployment is a major problem and it has a wide range of affect on the economy.

After independence, many programs and policies have been initiated to control unemployment of the country. Some major programs are discussed here briefly.

Other than these programs the government of India launched various programs in order to eradicate or lessen the unemployment problems.

Q1. What is Frictional Unemployment?

Ans: For a short span of time people quit their jobs to get a better opportunity or to switch jobs in known as Frictional Unemployment.

Q2. What is the full form of TRYSEM?

Ans: TRYSEM stands for Training Rural Youth for Self Employment which is launched in 1979 by government of India.

Q3. Which programs are merged to start Jawahar Rozgar Yojana?

Q4. Under which program at least 100 days wages will be provided?

Ans: Under MNREGA at least 100 days wages will be provided to all the families in rural areas.

Q5. When the IRDP was started? 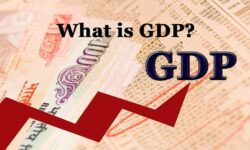 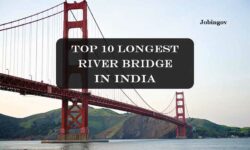