RBI (Indian Reserve Bank) approved and regulate the currency of India. In 1957, it is decided and divided a rupee into 100 paise. We can say 1 Rupee = 100 paise. The name “rupiya” is taken from a silver coin that was issued in the 16th century for the first time by Sultan Sher Shah Suri.

As per the Reserve Bank of India Act of 1934, RBI regulates currency in India and takes active role in the management of currency. INR is initially known as “Rs” which is later replaced by “₹” in 2010.

Related Post: What is the full form of RBI?

Udaya Kumar, an Indian designer, won the national contest for the design of symbol of Indian Rupee. He designs that symbol with the help of Devanagari and Roman scripts. India used the lowest currency as one rupee which was demonized in the year of 2019.

Rupee coins issued by RBI using different metals are 50 paise 1 rupee, 2 rupees 5 rupees and 10 rupee coins. Emperor Ashoka incorporated in most of the coins. Various amount of banknotes is issued by the RBI and sometime changed it value.

In 1830s, there was very much influenced of English in India. An act was standardized for the country i.e. the Coinage Act of 1835. The coins contained portrait of William IV on the front side and on the other hand, reverse side contain denomination that is written in Persian as well as in English.

Portrait of William IV was replaced by the portrait of Queen Victoria after 1940. The first coin which was issued by crown, authorized in the year of 1862. In 1906, the Coinage Act of India was passed to regulate the establishment of mints and the issuance of coins which is stills in operation.

In the 16th century, a silver coin was known as the rupiya. Most of the largest countries of the world use the gold standard. Silver was found across the large area of the European colonies and the U.S. that causes the panic of 1873 across the world. For this reason, the value of silver decreases as compared to gold that also affect the value of India’s standard currency.

Quaternary Silver Alloy was used after World War II in place of the regular rupee. Pure nickel takes the place in 1947 instead of coins produced in 1940 till January 26, 1950. A decimal currency scheme was introduced in 1957 as 100 paise is equal to one rupee.

Banknotes of INR 500 and 1000 was demonetized by the government of India in 2016. The reason behind this decision was explained by the government of India is that it will affect the underground economy and will also make it difficult to finance for crime as well as in terrorism. Instead of this, denomination of new INR 500 and 2000 was issued which is known as new Mahatma Gandhi series.

RBI issued coins as well as banknotes for the Indian currency. We have discussed about the coins and banknotes in the following:

Coins issued in Indian currency is of denomination of 50 paise, one rupee, two rupees, five rupees, and ten rupees. 1/100th of a rupee is equal to a paise.

Coins of denomination of 50 paise are known as small coins and the coins that are equal to or above is termed as rupee coins.

There are many updates done on the banknotes with new designs and also included various heritage sites as the theme of India.

INR is regulated and managed by RBI. RBI advices government of India to issue banknotes of various denominations.

RBI has the authority to print all the denomination from Rs 2 to 2000 but one rupee notes is printed by the Ministry of Finance. Security of INR is very important as it may face some challenges while in circulation in the Indian economy. Security issues that INR may face are:

This is especially designed for visually disabled person. This is in intaglio which is constituted at the left side of the watermark window in all banknotes.

One can able to identify with the help of various shapes in the denomination such as Vertical Rectangle in Rs. 20, Square in Rs. 50, Triangle in Rs.100 and Circle in Rs. 500.

Fluorescent ink is used in the banknote in number panel section. Banknotes also contain optical fibers. These can be seen in the presence of ultra-violet light.

Ans: The full form of INR is Indian Rupee.

Q3. Who design of the symbol of Indian Rupee?

Q4. What are the securities in the Indian Rupee?

Ans: It is very essential for the Indian government to protect the banknotes from duplicity. For this reason, RBI takes some steps and uses security thread, watermark, Identification Mark, Optically Variable Ink, Fluorescence ink in the banknotes.

Q5. What are the banknote issued by RBI?

Q6. How many languages are printed on the banknotes? 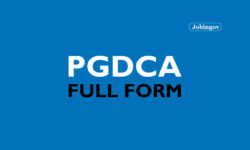 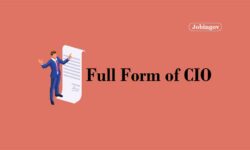 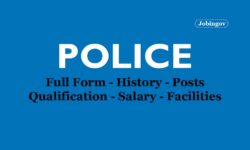