Police Constable Salary, Allowance and Facilities 2022: Police officers are part of the administration who maintains law and order, provide protection to the citizen and their properties, control crimes and antisocial behaviour within the territory. They use various technologies to perform their duty properly.

There are various types of police officer & they are provided rank as per their responsibility. In India, the rank of police constable is the lowest in the policing system and provided no insignia. According to the Constitution of India, police is under the state subject and it is the duty of state government to recruit police constable.

According to their duty, police constable in India is generally of three types such as civil police who are in the duty of police station, traffic police are posted at the traffic signals to control traffic of the area and armed police constable who worked with armed police units. They also play very important role during investigation of crimes cases.

As a career, police constable is a good opportunity for those who have interest to maintain peace in our society & make it a beautiful. Almost every year, each state recruit candidates for police constable.

Through this article, you will have complete knowledge about the Police constable salary, allowances and facilities in India.

Roles and Responsibilities of Police Constable

The post of Police Constable is under Group C and lies under pay level 4. According to the pay scale, recruited candidates will get salary between ₹ 21,700 – ₹ 69,100. They are also provided other allowances along with basic pay.

The approximate amount which is paid to the Police Constable is ₹ 40,842. Out of this amount, a certain amount is paid to Central Government Employee Group Insurance Scheme, Martyrs Fund, National Pension system and get an in-hand salary of around ₹ 37,824.

Dearness Allowance (DA): For ease of living a standard life, Police Constable are given 28% of basic pay.

Travel Allowance: Expenses for official trips is paid to their salary.

Police Constable is promoted to the higher rank post on the basis of certain parameters such as performance, record of career, behavioural conduct throughout their service.

There are three ways through which a Police Constable can get promotion are described below:

Department Exams: Every year an inter-department examination is conducted for promotion. Candidates willing to get promotion can appear in this examination.

SSC CPO Exam: Candidates are allowed to seat for SSC CPO Exam to be promoted to the Sub Inspector post.

A list of seniority for promotion is mentioned on the basis of hierarchy of ranks in most of the states in India.

After recruitment as constable in the police department, there are lots of opportunity to reach to the higher rank. At certain intervals, they will be promoted to the higher position.

Police Constable will be promoted to the next level after getting certain years of experience in this field along with clear record throughout their entire service.

The promotion of a Police Constable follows the following paths as mentioned below:

In respect of career selection, Police Constable is a good choice which have bright future ahead. You can have all the facilities and benefits provided by the government being a government employee.

Hope, the information discussed above will be beneficial for you and helps you to take right direction at the time of career selection.

Q1. What is the pay level provided to the Police Constable?

Ans: The candidates recruited as Constable is given pay level 4.

Q2. How long is the duration of probation period of Police Constable?

Ans: Police Constable have to attend a probation period of 2 years after joining.

Q3. How much is the basic pay allotted to the Police Constable?

Ans: The basic pay provided to the Police Constable is ₹ 21,700.

Q4. Name the allowance given to the Police Constable?

Q5. What is the required minimum age for Police Constable?

Ans: The candidates should be minimum of 18 years to apply for Police Constable.

Q6. How much is the in-hand salary given to the police constable?

Ans: After deducting Central Government Employee Group Insurance Scheme, Martyrs Fund, National Pension system, they are given an in-hand salary of around ₹ 37,824. 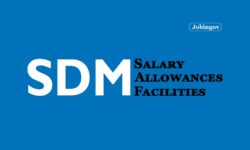 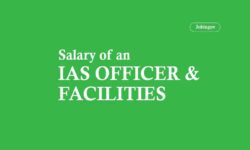 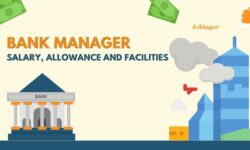